Nadaun is one of the famous city that is situated with an altitude of 508m (1666 feet) above the sea level, on the banks of the Beas River at the Hamirpur district of Himachal Pradesh with a latitude of 31.78° N and longitude of 76.35° E, and it offers a beautiful surrounding view.

The city is actually governed by the Nagar Panchayat (belongs to Nadaun), which lies in the Hamirpur district of Himachal Pradesh. As per the records, the total population in Nadaun is about 4,430 during the 2011 census, and in 2012 census, it was about 1,220,800,359. Theis survey of population is conducted by the Indian Government.

As per the historical records, Nadaun was considered as the Nadaun Jagir' s headquarters  and served to the Maharaja Sansar Chand (King of Kangra) during the summer season. The climate of Nadaun is found to be sub-tropical with monsoons between the months of July and August; and the summers between the mid of the May to Mid of July.

The Topology of Nadaun

Topology of Nadaun is multi-faceted which comprises everything from forests to mountains to rivers and lakes as well. There is a bridge upon the Beas River, and if you stand on this bridge, you will surely experience the amazing views of the Sunset as well as the beauty of the Beas River, which divides Hamirpur and Kangra district. The topology of Naduan also includes icy mountains where you can do skiing, or climb mountains like Manimahesh Kailash Peak, Mount Hanuman and Deo Tibba, etc.

Flora and Fauna in Nadaun 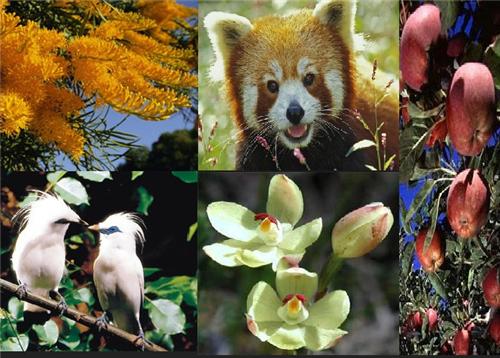 The natural scenery which constitutes the flora and the fauna of Nadaun, has ever been the main attraction of this beautiful city. Because of its cold climate, it adds splendor to the Vegetation. Nadaun is skirted by snow peaks, golden valleys as well as the lush green mountains, and also surrounded by some rivers like Beas river, as well as the flowery meadows, and few misty woods too. You will surely enjoy the amazing fragrance of these flowery meadows and bushes when you walk in this lush green spot.

The Nadaun river called river Beas originates through the Himalayan Mountains, and passes the mountain slope bending towards the north and south. Then, it enters the plain on the North side of the Nadaun with less than 100 miles, thereby flows from the WSW (west to south to west) and joins the river Sutlej. The united or joined river which holds the name as Gharra, keeps flowing from the SW (south west) united river along the Chenaub below the Bhawul poor.

While, the water bodies of Nadaun includes the River Beas, which flows from this small region, and the upper reaches of the river Beas, flows through the Kullu valley and its side streams such as the Sarvari and Parbati, as well as the Sainj, and Hurla, also the Tirthan. Even, there are also sports activities conducted around the areas like -- the Aut and Palikuhl, Katrain, as well as the Raison and Largi.

It is good to know about the weather, rainfall, or snowfall, temperature or humidity (how hot or cold the temperature is!) of the place is important before planning for a trip.  So that, you can pack your essentials like sweaters, raincoats, etc. as per the climatic conditions. And the climatic conditions of Nadaun during the month of August, ranges from 16° C to 19° C (max and min temperatures). While, the humidity levels is just 99 % at the same time. However, the Nadaun weather during the month of September changes (i.e, ranges from -20.0° C to 38.0° C).

Comments / Discussion Board - Geography of Nadaun